This article is about the general concept of art. For the group of creative disciplines, see The arts. For other uses, see Art (disambiguation).
an 1887 self-portrait by Vincent van Gogh; a female ancestor figure by a Chokwe artist; detail from The Birth of Venus (c. 1484-1486) by Sandro Botticelli; and an Okinawan Shisa lion
Art is a diverse range of human activities in creating visual, auditory or performing artifacts (artworks), expressing the author's imaginative, conceptual ideas, or technical skill, intended to be appreciated for their beauty or emotional power.In their most general form these activities include the production of works of art, the criticism of art, the study of the history of art, and the aesthetic dissemination of art. 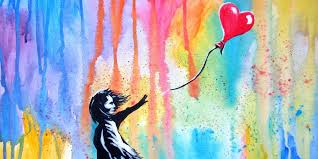 The three classical branches of art are painting, sculpture and architecture.Music, theatre, film, dance, and other performing arts, as well as literature and other media such as interactive media, are included in a broader definition of the arts.Until the 17th century, art referred to any skill or mastery and was not differentiated from crafts or sciences. In modern usage after the 17th century, where aesthetic considerations are paramount, the fine arts are separated and distinguished from acquired skills in general, such as the decorative or applied arts.

Though the definition of what constitutes art is disputed and has changed over time, general descriptions mention an idea of imaginative or technical skill stemming from human agency and creation.The nature of art and related concepts, such as creativity and interpretation, are explored in a branch of philosophy known as aesthetics.

In the perspective of the history of art,artistic works have existed for almost as long as humankind: from early pre-historic art to contemporary art; however, some theorists feel that the typical concept of "artistic works" fits less well outside modern Western societies.One early sense of the definition of art is closely related to the older Latin meaning, which roughly translates to "skill" or "craft," as associated with words such as "artisan." English words derived from this meaning include artifact, artificial, artifice, medical arts, and military arts. However, there are many other colloquial uses of the word, all with some relation to its etymology. 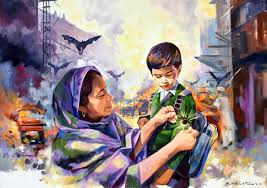 Over time, philosophers like Plato, Aristotle, Socrates and Kant, among others, questioned the meaning of art.Several dialogues in Plato tackle questions about art: Socrates says that poetry is inspired by the muses, and is not rational. He speaks approvingly of this, and other forms of divine madness (drunkenness, eroticism, and dreaming) in the Phaedrus (265a–c), and yet in the Republic wants to outlaw Homer's great poetic art, and laughter as well. In Ion, Socrates gives no hint of the disapproval of Homer that he expresses in the Republic. The dialogue Ion suggests that Homer's Iliad functioned in the ancient Greek world as the Bible does today in the modern Christian world: as divinely inspired literary art that can provide moral guidance, if only it can be properly interpreted.

With regards to the literary art and the musical arts, Aristotle considered epic poetry, tragedy, comedy, dithyrambic poetry and music to be mimetic or imitative art, each varying in imitation by medium, object, and manner.For example, music imitates with the media of rhythm and harmony, whereas dance imitates with rhythm alone, and poetry with language. The forms also differ in their object of imitation. Comedy, for instance, is a dramatic imitation of men worse than average; whereas tragedy imitates men slightly better than average. Lastly, the forms differ in their manner of imitation—through narrative or character, through change or no change, and through drama or no drama.Aristotle believed that imitation is natural to mankind and constitutes one of mankind's advantages over animals.

The more recent and specific sense of the word art as an abbreviation for creative art or fine art emerged in the early 17th century.Fine art refers to a skill used to express the artist's creativity, or to engage the audience's aesthetic sensibilities, or to draw the audience towards consideration of more refined or finer work of art.Within this latter sense, the word art may refer to several things: (i) a study of a creative skill, (ii) a process of using the creative skill, (iii) a product of the creative skill, or (iv) the audience's experience with the creative skill. The creative arts (art as discipline) are a collection of disciplines which produce artworks (art as objects) that are compelled by a personal drive (art as activity) and convey a message, mood, or symbolism for the perceiver to interpret (art as experience). Art is something that stimulates an individual's thoughts, emotions, beliefs, or ideas through the senses. Works of art can be explicitly made for this purpose or interpreted on the basis of images or objects. For some scholars, such as Kant, the sciences and the arts could be distinguished by taking science as representing the domain of knowledge and the arts as representing the domain of the freedom of artistic expression. 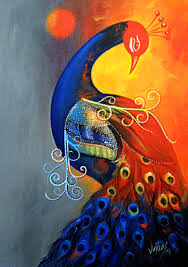